Since the fight against COVID-19 was launched, Quanzhou Normal University has been giving full play to Party branch's role as battling-bastions and Party members' exemplary role by organizing Party members and activists who apply for Party membership to take the lead in creating various works of art such as literature, calligraphy, music, recitation and painting, all of which hail the front-line heroes fighting against the virus in the new era.

Calligraphic Works in Tribute to Heroes in Harm's Way

work of Wang Kai, a postgraduate student of calligraphy

work of Sun Jiaqi, a postgraduate student of calligraphy

Among the postgraduate students of the School of Literature and Communication, the Party members and activists of calligraphy major take the lead in creating calligraphic works of various styles, such as The Most Beautiful Heroes to Fight off the Illness, Immune to All Viruses, etc. The works are full of enthusiasm and motivation, eulogizing the determination and confidence of the Chinese people to fight the epidemic with concerted efforts under the strong leadership of the CPC Central Committee, and paying a tribute to the medical workers' lofty mission and responsibility of acting according to orders, giving boundless love and protecting life.

Musical Works in Tribute to Heroes in Harm's Way 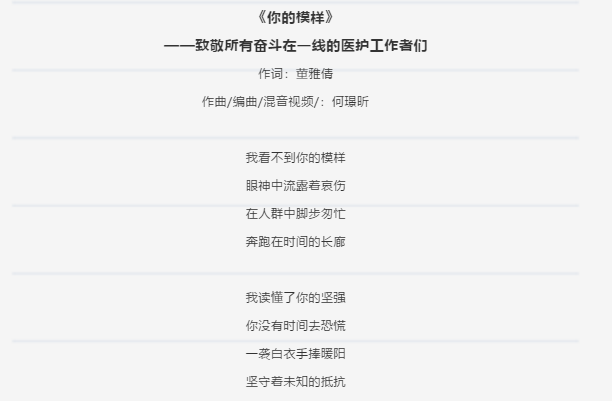 What You Look Like by He Jingxin, a postgraduate student of composition

He Jingxin, a postgraduate student in the School of Music and Dance, wrote the song What You Look Like in collaboration with her classmates. The song hails the medics who resolutely shoulder the heavy duty of healing the wounded and rescuing the dying as brave heroes who charge into the pandemic without fear. It also expresses the praise and respect for the medical workers' spirit of selflessness,  dedication and serving the people.

Recitations in Tribute to Nurses 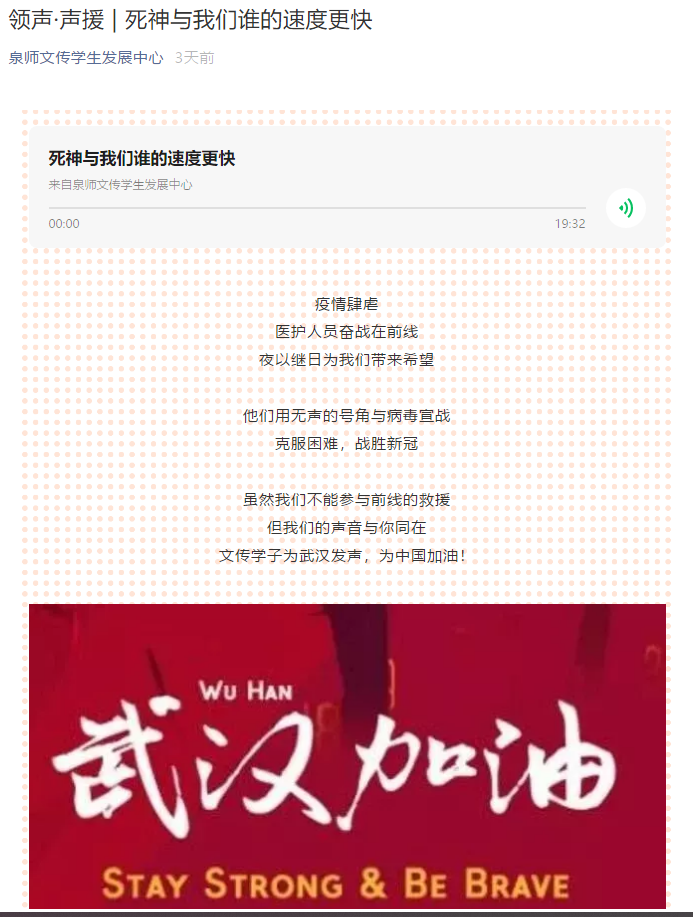 Recitation Death and Us, Who Is Faster

In the School of Literature and Communication, online activities themed Support Wuhan were organized, in which students recited and recorded works such as It's Nice to Have You, Salute, Academician Zhong Nanshan, Scholars' Support for Wuhan, etc. Since February 9, the recital works have been spread through the school's official WeChat account and other platforms, extolling the heroic behavior and true stories of the medical workers fighting in the front line, and showing the Chinese nation's fine tradition when a disaster strikes in one location, help comes from all quarters.

Paintings in Tribute to Front-line Heroes against COVID-19 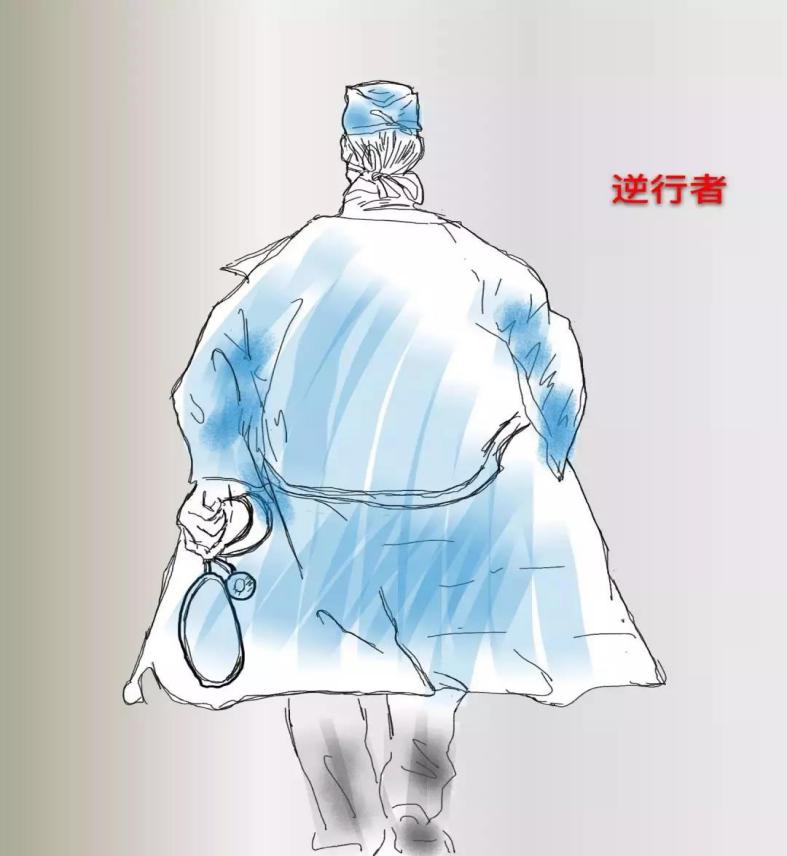 Heroes in Harm's Way, a hand-drawn poster by Xue Xinyu, a postgraduate student of fine arts 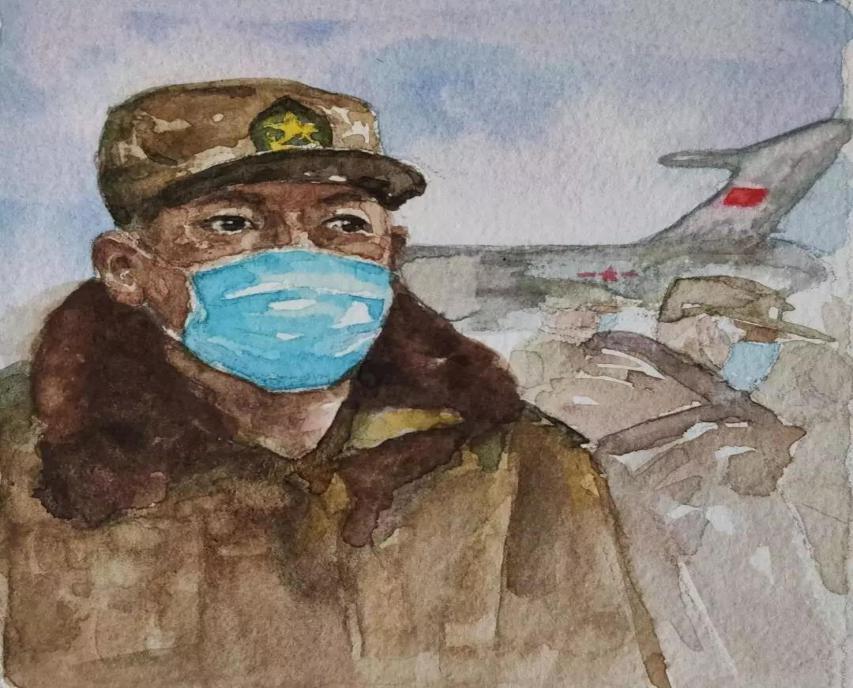 Attack, a watercolor painting by Xu Jingming, a postgraduate student of fine arts

Figures of soldiers and the people working together, deeds of the nurses risking their lives…all of these have become vivid images and typical icons in the works of the postgraduate students of the School of Fine Arts and Design.

In such forms as realism and sketch, the students flexibly employed a variety of painting skills, focusing on the portraits of beautiful heroes in harm's way. They used painting as their weapon in this anti-virus war to cheer on and pay tribute to the front-line heroes, expressing their high respect for the medical workers and their determination to defeat the epidemic.